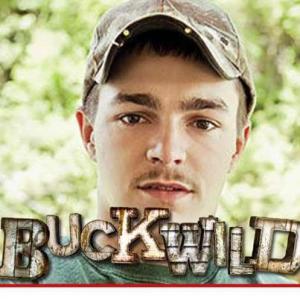 On April 1st, Shain Gandee, one of the breakout stars of MTV’s “Buckwild” died along with his uncle and a friend. After going mudding, Shain’s truck became stuck in the mud so deep that the tailpipe on the muffler became clogged.  Because it was cold that evening (and perhaps they had been drinking), the three men probably turned on the heat and fell asleep, and subsequently died of carbon monoxide poisoning.

The show was controversial for its negative representations of West Virginia, even drawing ire from Senator Joe Manchin. But during its first season “Buckwild” attracted an audience of 3 million viewers per episode.  And what did the young folks who were being exploited by MTV earn?  A measly $1,000 per episode.  That’s right.  All of you people out there who think reality television stars are making money hand over fist (because they know what they’ve gotten themselves into) need to read this again carefully:  $1,000 an episode.  Viacom-owned MTV on the other hand, reaped some handsome profits.

Now, in the wake of Shain’s death, MTV has canceled the show.  Why? In a press release, the network reasoned that the show could not go on “given Shain’s tragic passing and essential presence on the show.” In effect, his “essential presence” meant that “Buckwild” without Shain Gandee affected Viacom’s profit margin, but nothing near what they made off of this young man’s life.

The kicker is that the producer is furious about the cancellation.  According to an interview featured on HuffPost TV, J. P. Williams (who plays up West Virginia as his birthplace) is determined to save the show, going so far as to say that “My job is to protect these kids.”  Say what? He exploited them to line his own pockets and not even the death of one of them is enough to keep him from being self-righteous (or being worried about his own bank account).

I was in West Virginia last week visiting with family and learned that MTV had NOT offered to assist Gandee’s parents with funeral expenses.  Instead, fellow West Virginians stepped up to the plate and held a “Shain Gandee Memorial Mud Run” to help the family.  Meanwhile, the network is going to have a memorial special to honor Shain, which will likely have a large audience and squeeze a few more dollars of profit from this poor soul.

All I have say about that is shame on you, MTV.

Correction:  J. P. Williams’ company did pay funeral costs.  However, this was after it was reported that the family didn’t have the money to pay for the funeral.