My journey through the culture of the Lost Cause and what had been (still is?) the cult of Jefferson Davis came full circle years after my initial visit to Beauvoir upon learning about the creation of the Jefferson Davis Presidential Library. This project was initiated by the Mississippi Sons of Confederate Veterans (SCV), which owns and operates the site, and through its lobbying efforts became a financial beneficiary of the State of Mississippi. On their own, the Sons were not successful in their efforts to raise money for the library. In fact, the money they raised was not enough to renovate the house, much less build a presidential library.

So the Sons lobbied state officials, especially then Governor Kirk Fordice, who confirmed his support for Confederate history during each year of his two terms in office by officially declaring April as Confederate Heritage Month. The SCV’s lobbying efforts to garner funds for the library were rewarded in 1993 when the state gave $1.5 million in bond funds for the project. Then, two years later, Governor Fordice signed a bill giving the SCV an additional $3 million. Thus, the State of Mississippi awarded $4.5 million in taxpayer funds to a private institution to create (without a hint of irony) the Jefferson Davis Presidential Library.  Not “Confederate Presidential Library,” mind you, but Presidential Library.

This kind of state support was common in the early twentieth century.  Throughout the South, state legislatures and local governments gave today’s equivalent of millions of dollars to erect Confederate monuments, build soldiers’ and widows’ homes, and fund other Lost Cause projects. 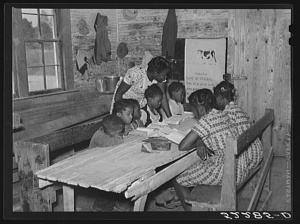 As states poured funds into creating stone likenesses of Confederate soldiers, their black citizens suffered as schools were underfunded and many lived in abject poverty.  Not much has changed in the last century.  It may be 2015, but it wreaks of 1915.

In today’s Mississippi, most minorities and poor whites must attend substandard public schools where state expenditures on public education place the state at the bottom in nationwide rankings. And yet there always seems to be money for a historic site dedicated to a pro-slavery president of a defeated Confederate nation.

This was brought into sharp relief when Hurricane Katrina hit the Gulf Coast. It nearly wiped Beauvoir from the map and destroyed the library.  But have no fear, both the Federal Emergency Management Association (FEMA) and the Mississippi Emergency Management Association (MEMA) came to the rescue. From a report from the Department of Homeland Security:

“As of May 18, 2010, Beauvoir had received a public assistance award of $17.2 million from the Mississippi Emergency Management Agency (MEMA), a FEMA grantee, for damages related to Hurricane Katrina in August 2005.”

Not only was Beauvoir restored, the library was rebuilt to the tune of $17.2 million dollars. This on top of the original $4.5 million comes to $21.7 million for the site. Let that sink in.

Understanding Jeff Davis’s role in the Confederate tradition has, for me, meant truly knowing what a hold the Lost Cause still has on the South. Are white southerners, as my colleague David Goldfield writes, “still fighting the Civil War?” Certainly some of them are.

What’s more significant, I would argue, is that the white South continues to honor, revere, and value Confederate heritage without putting up a fight at all.  It’s all around us if we look, and paid for by local, state, and even the Federal government–especially in the Deep South.

Simply put:  Confederate heritage has cost the South too much.

One thought on “Me and Jeff Davis are Finis: The Price of Confederate Heritage”